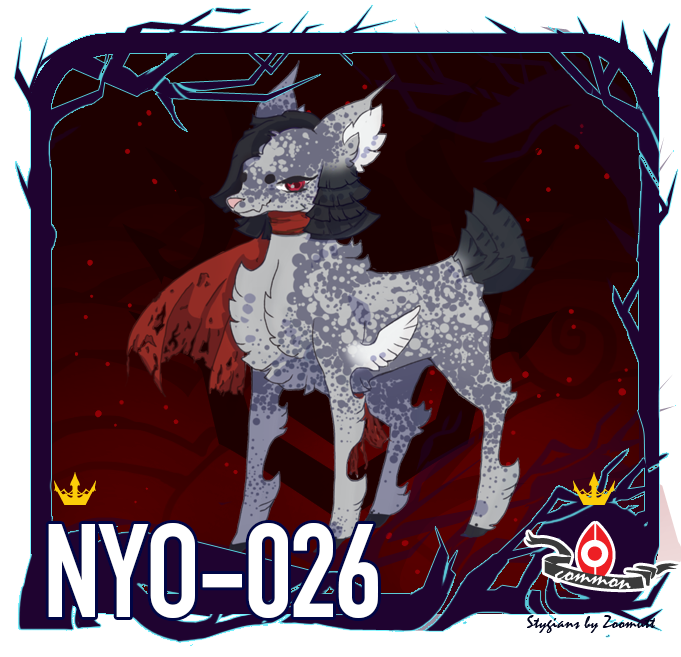 With a name like velvet people expect you to perhaps be smooth, gentle, soft. Perhaps composed or maybe even delicate. Unfortunately, Velvet was not much of any such things. He was more soft spoken perhaps, but otherwise he is a distant fellow. Finding that he much preferred his solitude to companionship, and his own kingdom reflected that rather accurately.
Hard and dark, the shadows cast by tall stone carvings set into a mountain side reflected his own hard nature. His unyielding to others in what many might call stubborn pride.

There was never a need to tie his head onto his body, for he sometimes would wonder if he’d actually lost it long ago. Prone to fits of whimsy his speckled fur matched the irregular patterns of his kingdom, his nightmare. Hiding in plain sight, he enjoys watching, viewing and waiting for a silent moment to speak, if he should chose to do so at all.

Not one for his own voice, Velvet finds listening, be it to other stygians or just whats around much more pleasing. Then again, it does help that his own home echos, so a whisper is as loud as spoken tongue. Curiosity is his nature, fickle as many as his freckles. He takes without thought or care, never really thinking if it might hurt, though hurt is never his intended causation. But to him, that’s just how things can be- unfortunate realities. Trying points of companionship and interaction. No, solitude, silence. That is his preference, and, his lingering desire to instill in others.