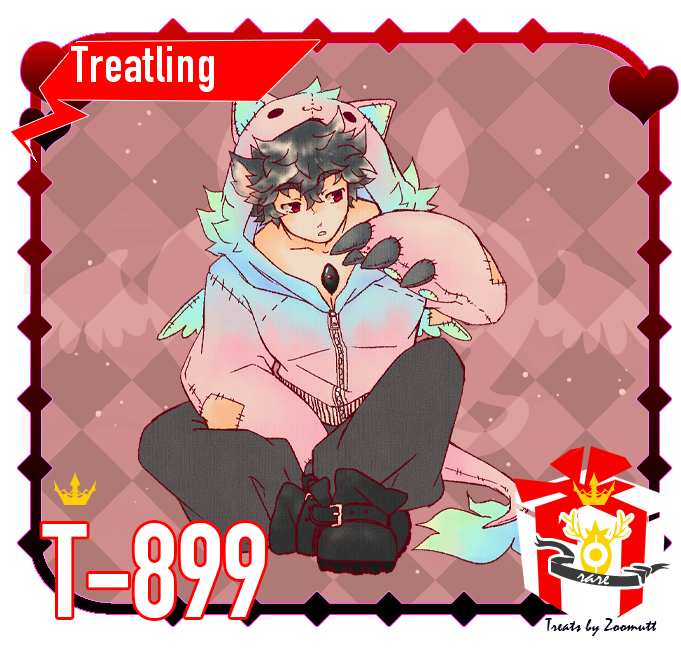 A big guy who usually just likes to chill out and sleep. He likes cute and sweet things. When he gets the energy for it, he's a ridiculously strong fighter who can give Mitsu a run for his money. Because of this, Mitsu is always bugging him to try to get him to fight him.

He is self conscious about his appearance under the hoodie, since he is a mimic treatling. Looks up to Mitsu since he accepted him right away even though some people distrust mimics.
His treat form is just as lazy as his treatling form, and is almost always found face down in a pile of stuffed animals snoring away. 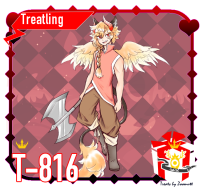