Site News
Check in time to time for site news updates! You can also find full updates on our discord HERE! 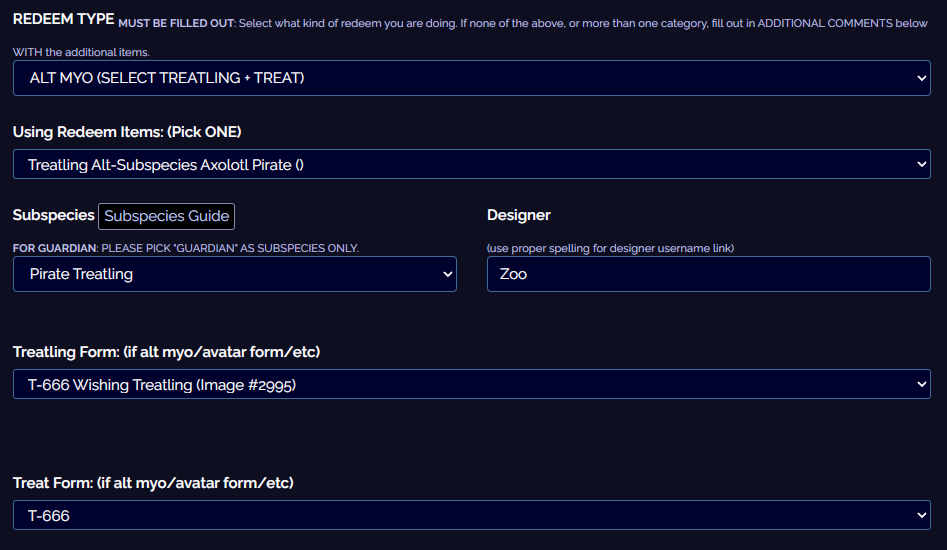 Treatlings can now also have alternate forms instead of just one subspecies form! That means their Treat form gets an additional form too!