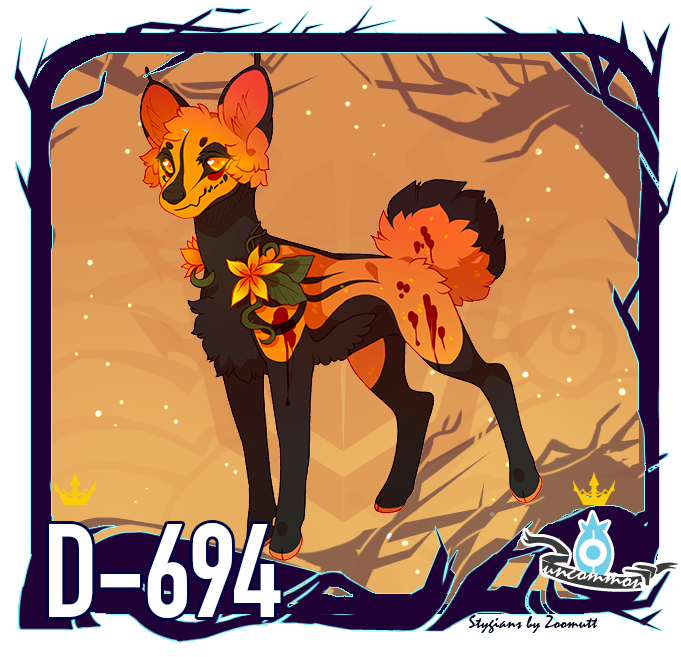 
[ Can Gift / Trade for other Stygian only ]

Meeting him for the first time, you would think of him as this dark and brooding figure as the self-proclaimed Hallowed King. A beast with glowing eyes that roams around the pumpkin patch, willing to strike a deal with those who seek power beyond their understanding that comes at a terrible price.

In reality, Samael is more of a childish prankster that revels in the "trick-or-treating" spirit of Halloween. He simply enjoys putting up the persona of a dark and menacing figure to scare newcomers and strangers of his kingdom. If you manage to survive his tricks(or give him candy), he'll happily invite you over to his castle for a lavish Halloween themed party

Samael was created with the Nightmare of an old-fashioned, festive Halloween party. A tall, old haunted building that sits on top of a hill surrounded by a pumpkin patch/Graveyard. Always seeming full of life, despite Samael being the only living resident of the Kingdom, and where the guests range from being fully human to being straight-up classic horror movie monsters. Since it happens to be night all the time, the party atmosphere is a constant that one could get lost in, filled with memories of Halloween's of the past.